Studio Mango has developed several innovative travel and lifestyle products for Princess Traveller over the last few years. In a meeting with their R&D manager and our designers, overall quality issues of current suitcases were being discussed. The fact that wheels may break during air baggage handling was a major concern. Replacing a wheel is normally a hassle, or at least not consumer-friendly. Many consumers do not bother replace the wheel; instead, they discard the suitcase and buy a new one.

This challenge was the starting point of the Suit My Case project. The trolleys of this Princess Traveller sub-brand are equipped with plug & play wheels that can be clicked on and off the case without using any tools. This makes it easy and accessible to replace the wheels yourself if needed. Eventually it resulted in a concept in which customers can compose their own suitcase. Besides the fact that it’s a sustainable solution to the wheels issue, it adds the fun of designing your own and ‘unique’ suitcase.

STEP 1
Select a front and back shell and zip them together.

STEP 3
Select your custom wheelcaps and snap them onto the wheels.

After we came up with the idea of a customizable trolley during the initial brainstorm with the R&D manager, we started sketching what it could look like. After visualizing the idea and presenting it to Princess Traveller, we received their approval for further concept development.

The idea was to create a product that consumers can assemble themselves without the use of any tools. With permanently fixed parts it is easier to make a suitcase stable and robust. It was therefore quite a challenge to come up with a good solution for the replaceable parts. A new and innovative system had to be devised for the zipper, since the 2 shell parts are not permanently attached to each other as is normally the case.

Several ideas have been developed in 3D CAD and several prototypes have been made and tested. During the design process, we worked closely with Princess Traveler. Their team used the prototypes during business trips and vacations. Based on the extensive testing, further improvements were made, which were integrated into the design step by step. After quite a few iteration rounds, we’ve created a suitcase trolley that users can easily assemble -and more importantly- have any worn or broken parts repaired or replaced. 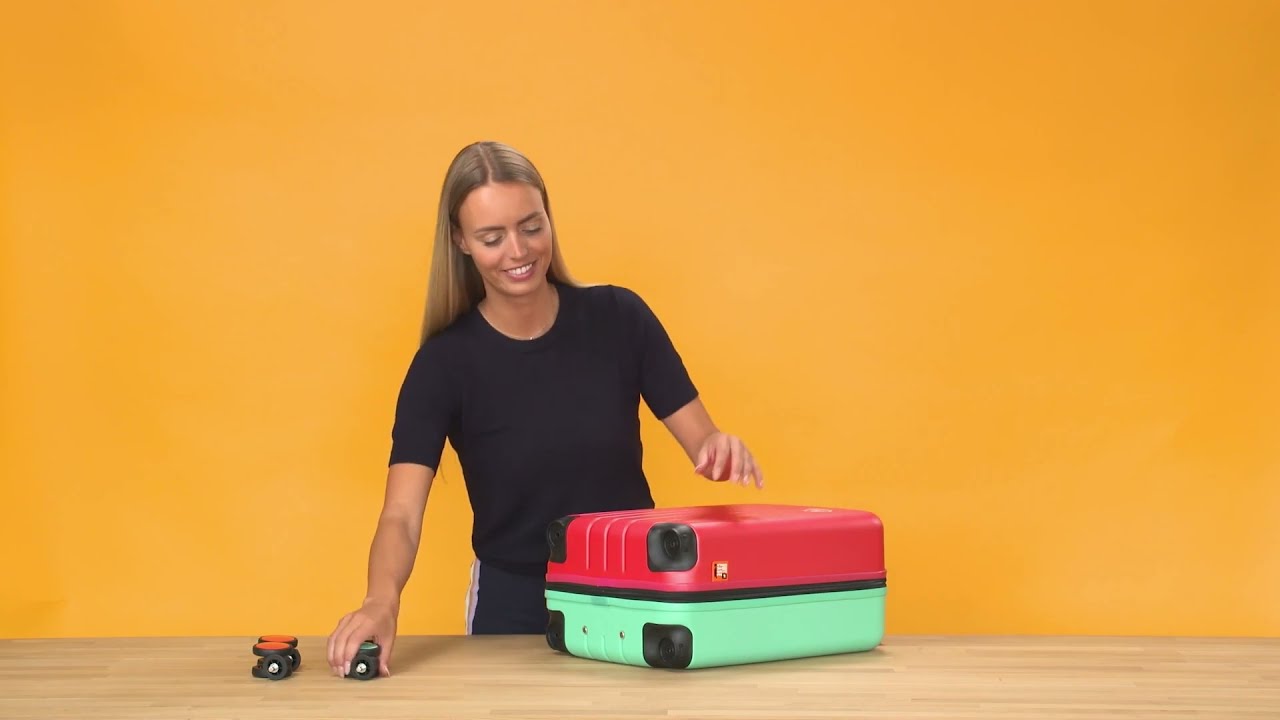 the conveyor belt as suitcase runway

The Suit My Case collection is launched in a range of 6 colors, which can be mixed and matched as desired. Designing and customizing the suitcase can easily be done through an online configurator. Studio Mango contributed ideas about the packaging and unboxing experience, whereby the consumer is taken through the simple assembly process step by step. Thanks to your unique combination of colors and designs, your personal trolley suitcase can be easily and quickly recognized on the baggage claim.

The shells of the suitcase have been made from strong ABS plastic. Of course all replaceable parts will remain available through the SMC platform.

Suit My Case is an innovative and sustainable product design solution that will appeal to many people as they can make it their own! The ultimate goal is to work towards a fully circular concept; this is an important point of focus in the coming years.

Do you have any questions about this project? Or do you want to learn more about what Studio Mango can do for you?  Drop us a line to start the conversation.