In the research phase it turned out that there was a lively online scene for amateur inventors and universities to work on DIY linear book scanners. On several websites 3d models, technical drawings, instructions and software was shared. In our first attempt to create a prototype the last version of those files were downloaded and the scanner was built, the unfortunate result was that nearly nothing worked. But after a year worth of engineering & fine tuning a scanner was developed using professional parts (instead of vacuum cleaners and ripped open consumer scanners) which works flawlessly.

The linear book scanner is able to scan books automatically with a rate of 1.500 pages an hour with a quality of 300 DPI, these images can be converted into digital texts by the scanners software. Most types and sizes of books can be scanned. The scanner has been designed in such a way that it is easy to assemble and additionally Studio Mango has made it look awesome, so that after scanning it doesn’t need to be hidden in the closet. 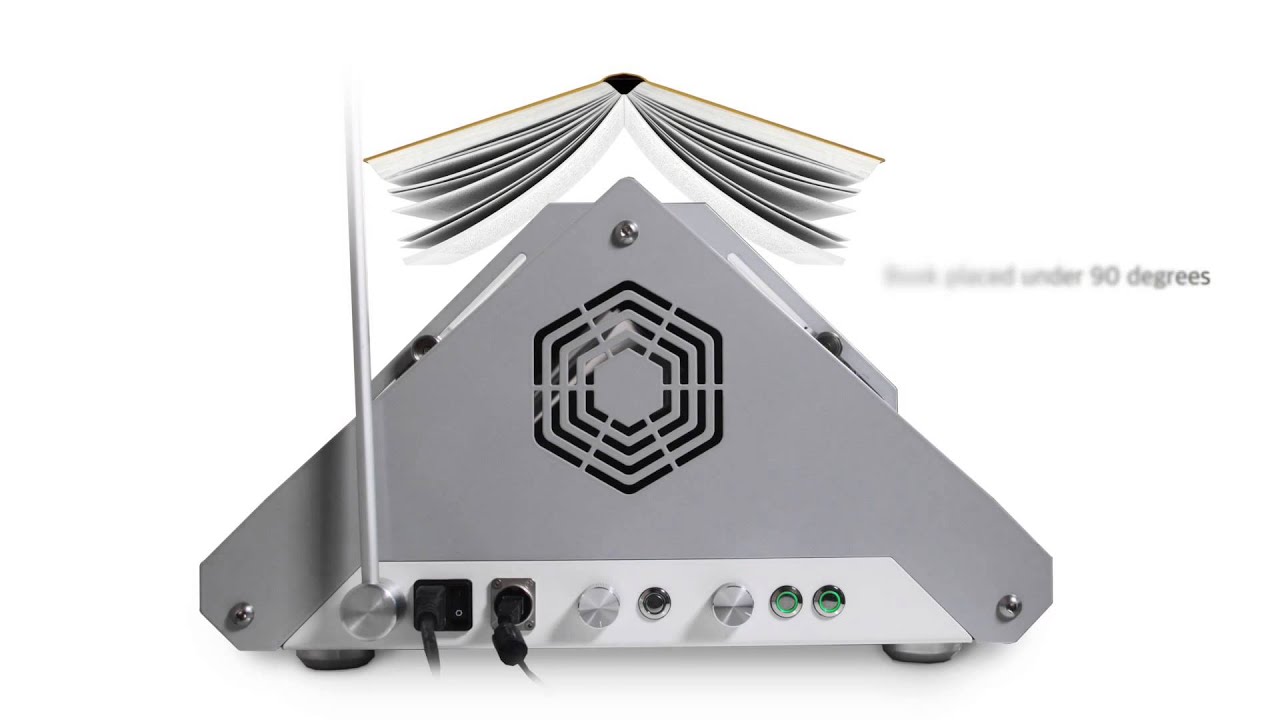